Do have a Clean Freak Relative? 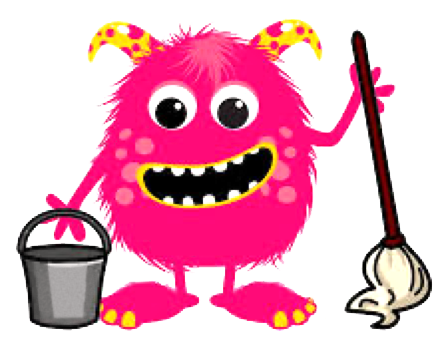 In the film As Good as It Gets, as soon as the character Melvin Udall enters his apartment, he pulls a bar of soap from his medicine cabinet (stacked with nothing but soap), rubs his hands under scalding water for a few seconds, drops the bar in the trash and grabs another and then another and another. He fears dirt and mess so much that he brings his own plastic silverware to the one restaurant he patronizes. And he has never allowed another human to step into his home.

Udall suffers from obsessive-compulsive disorder (OCD). But he has many kindred spirits—those who are not clinically diagnosable though they still inspire both admiration and scorn in their quest for cleanliness and order. Your roommate might arrange her shirts by color, or your husband might alphabetize all the books on the shelf. Such folks are neat freaks.

According to Ellen McGrath, a clinical psychologist and president of the Bridge Coaching Institute in New York City, most neat freaks tend to have “hot spots”—extremely high standards for neatness in very particular areas. These trigger points spark feelings about childhood routines and can touch off relationship battles: The sock left on the floor suddenly holds all of a couple’s buried tensions. If neat freaks find their special terrain in disarray, they start overreacting and get angry. The problem, from their point of view, is that disorder signifies a lack of control—precisely what they fear. “‘Neat freak’ is another term for a control freak,” says McGrath. Neat freaks are often perfectionists in other areas of life, continually setting themselves up for frustration and disappointment.

If you’re a neat freak who wants to shed your fastidiousness, you can—even without a professional’s help, says McGrath. First, make an honest list of the costs and benefits of your ways, and have a family member or roommate also make a list for you, for comparison. Acknowledge how you may be distancing others with your zealous cleaning. Then promise to relinquish one neat demand each week for a month.

The Fussy Groomer
He can’t run to the corner deli without ironing his shirt, polishing his shoes, clipping his nails and trimming his beard. For this fellow, control takes the form of extreme care with personal appearance. While some attention to one’s looks can increase confidence, such fanatical concern often leaves this put-together type painfully self-conscious and paralyzed by something as innocuous as a spot of spaghetti sauce.

The Germophobe
Germophobes lead a personal crusade against the bacteria, viruses, fungi and dirt that exist everywhere. They dread ATMs, computer keyboards, handrails, library books, babies, you name it. The terror can manifest itself in disruptive ways: obsessive hand-washing, for example, or an aversion to others’ touch (scientists debate whether there really is any reason to fear germs so much, but marketers of hand sanitizers receive great profits nonetheless).

The Nitpicking Nester
She swipes her shoes vigorously on the doormat even though she’s planning to remove them and still vacuums before doing anything else. A sense of peace washes over her as she aligns the pencils on her desk. This home sanitation expert, who may take her habits to the office, cannot handle clutter, confusion or the slightest surprise in her physical surroundings. She might become incensed with a loved one who fails to return an object to its proper place. She may even decide to live alone.