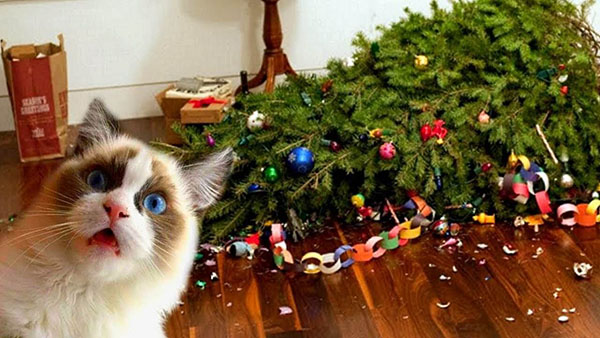 Whether we like it or not, something big or small is bound to go wrong over the holidays. Sometimes it seems like it just wouldn’t be Christmas if the cookies don’t burn in the oven, or if the cat doesn’t break one of your favorite ornaments.

A holiday season can be deemed a success if no one gets seriously injured or no part of the property gets damaged. Besides, the holidays are all about spending time with one another, not about whether or not things go just as picture-perfectly as planned.

There is no other reaction to these 10 horror stories than to let out a little laugh (and sometimes a little gasp), because the other option is to let moments like these ruin the entire holiday season.

Have you ever had a holiday that didn’t go the way you’d planned?